* Climate Zones Each player controls a climate zone. Tropical , Dessert & Arctic climate. The grey land areas are waste land areas and are not controlled by any player (neutral). There is NO advantage what so ever between the climate areas from a player perspective. 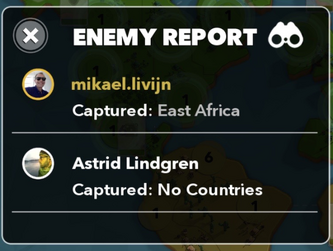 The enemy report lists all countries other players have captured in their latest turn.

Double tap in the ocean areas to view details in the map. 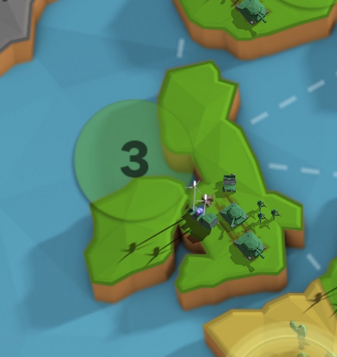 In 2 player games, You can bribe the grey (waste land) areas by pressing the country and pay them one troop card. That country will then get 3 extra troops. You can use that country to attack an enemy country during one turn. You can also place your own troops to increase troops in a waste land country. If you win an attack with a bribed country You will earn a troops card. 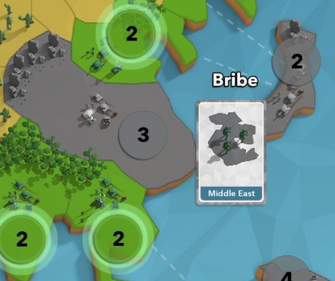 If You capture and hold a continent until Your next turn You will earn additional troops. The min 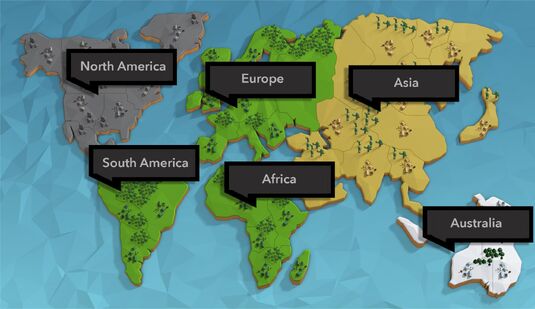